Weather during Winter 2007 / 2008 and Summer 2008 have had largely unexpected Energy Sector implications to those not advised of Dave Melita’s accurate long range forecasts. 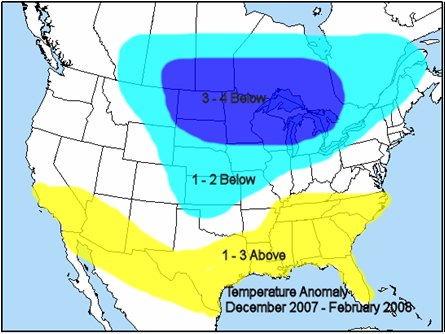 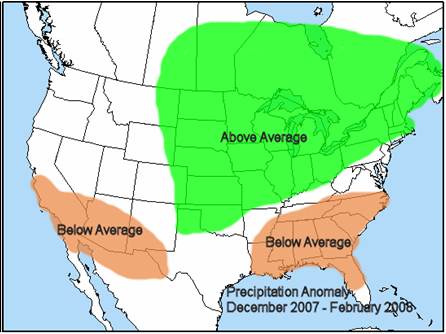 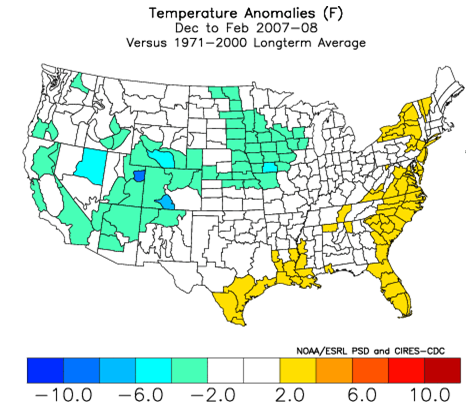 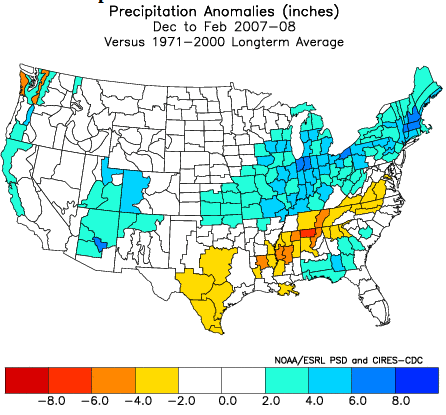 At the end of winter of 2007/08 the largely unexpected low natural gas storage condition made the upcoming summer forecast all the more critical. The fundamental basis of Dave’s forecast issued May 2008 was that summer 2008 would average much more moderate than the excessive heat of the preceding summer 2007 in the major energy consuming areas of the Midwest and East. 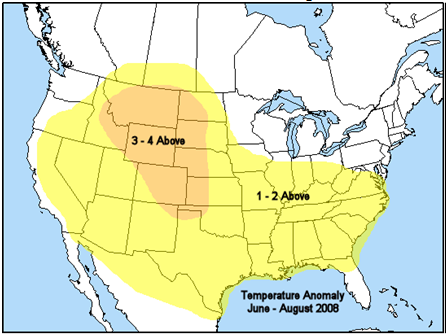 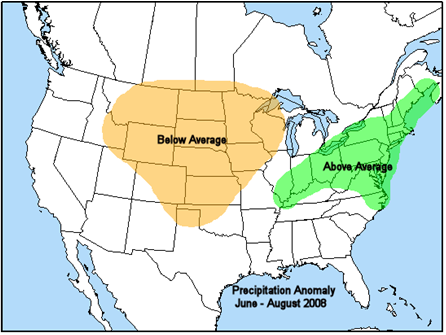 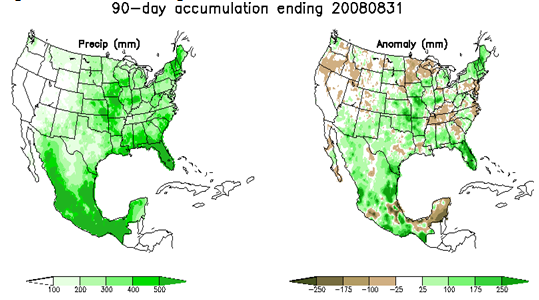 Among the listed primary forecast components issued in May was the following: “June is forecast to represent the greatest positive departures from average temperatures in the northern mid Atlantic and Northeast of the upcoming summer.” 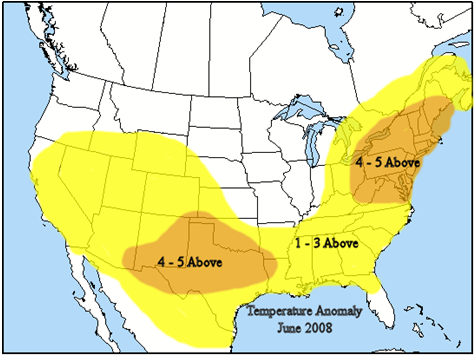 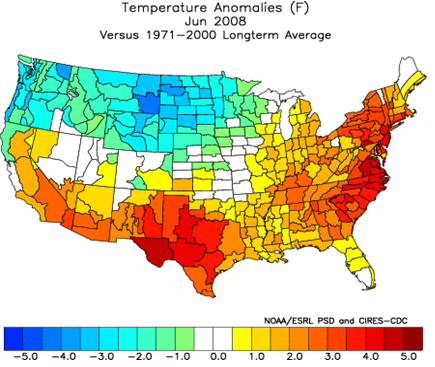 This week begins with an extended series of notably cool and wet Pacific storms entering the Pacific Northwest. Meanwhile greatest U.S. heat lingers farther south in the Desert Southwest (107°-112°), but is spreading eastward in a less extreme form generating summerlike 90s from the central Plains to the mid Atlantic region. Near seasonal temperatures in place across the northeastern quadrant of the U.S. are more prone to midweek warming than prior model forecasts indicated; peaking in the mid 80s in the Dakotas, to low 80s in the Northeast. This warmer model shift east of the Rockies is largely driven by impacts to large scale flow generated by potentially 2 areas of tropical development approaching the U.S. One already formed in the western Gulf of Mexico Sunday morning (Tropical Storm Nicholas), while the 2nd area of disturbed weather is near of the Bahamas. The former is certain to generate heavy rain along the Texas Gulf Coast early this week (Monday and Tuesday), while models are uncertain how close the latter potential tropical depression or storm passes along the East Coast late week. Several inches of tropical rain appear to be the main threat with each system, but far less certain impacts to large scale flow have successive government model runs flipping wildly to the point recent forecasts are 180° opposed across the U.S. by day-10, and intermittent model runs significantly cool the Northeast during the 11-15 day period. However, 30-day MWA ensemble forecasts remain consistent in limiting magnitude and duration of below average temperatures reaching the Northeast, and even the Northwest warms by late September giving way to milder above average temperatures across the vast majority of the U.S. to predominate October. .

If your business or career depends on correctly predicting the weather, you can follow the pack or you can get ahead with MWA’s proprietary models and expert forecasts.

You will receive 2 free weeks of our newsletters and forecasts from our proprietary 30 day model.
Forgot Password? | Register now